The homeowners in this particular instance noticed water was leaking into their kitchen from behind the cabinetry. Upon further inspection, they realized there was even a steady stream of water flowing out into their backyard from the wall. Needless to say, they deduced that they had a major leak going on and called us here at Built Restoration to help them remedy this situation. We arrived and helped identify the source of the leak, which was a pipe in the wall that had failed. It had leaked a significant amount of water damaging the floor, cabinetry, and parts of the wall. As a result, much of the material associated with these items were compromised and had to be removed.

After removal of the damaged material, we were able to dry the structure completely, utilizing our equipment and setting up a plastic containment around the affected area to help limit dust and speed up drying time.

Once dry, we worked with the homeowner and insurance company to get all material replaced that needed to be. As a result, we were able to mitigate the damage, and rebuild brand new kitchen cabinetry and flooring for the homeowner. Even though initially the water damage was significant and the pipe failure was catastrophic , with our equipment and know-how here at Built we were able to take a kitchen that was in really bad shape, fix the multitude of problems it caused, and help the homeowner get their house back in order.

Have any water damage or a pipe failure in your home? Please contact Built Restoration if you have any property damage to your home so we can get your home back to its original working state.  We are happy to serve the surrounding local Charlotte areas. 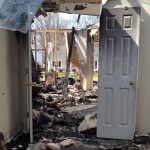 Pros and Cons of using your Insurance’s Property Damage Direct Repair Program Vs. an Independent Contractor 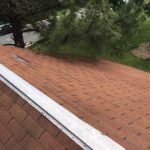